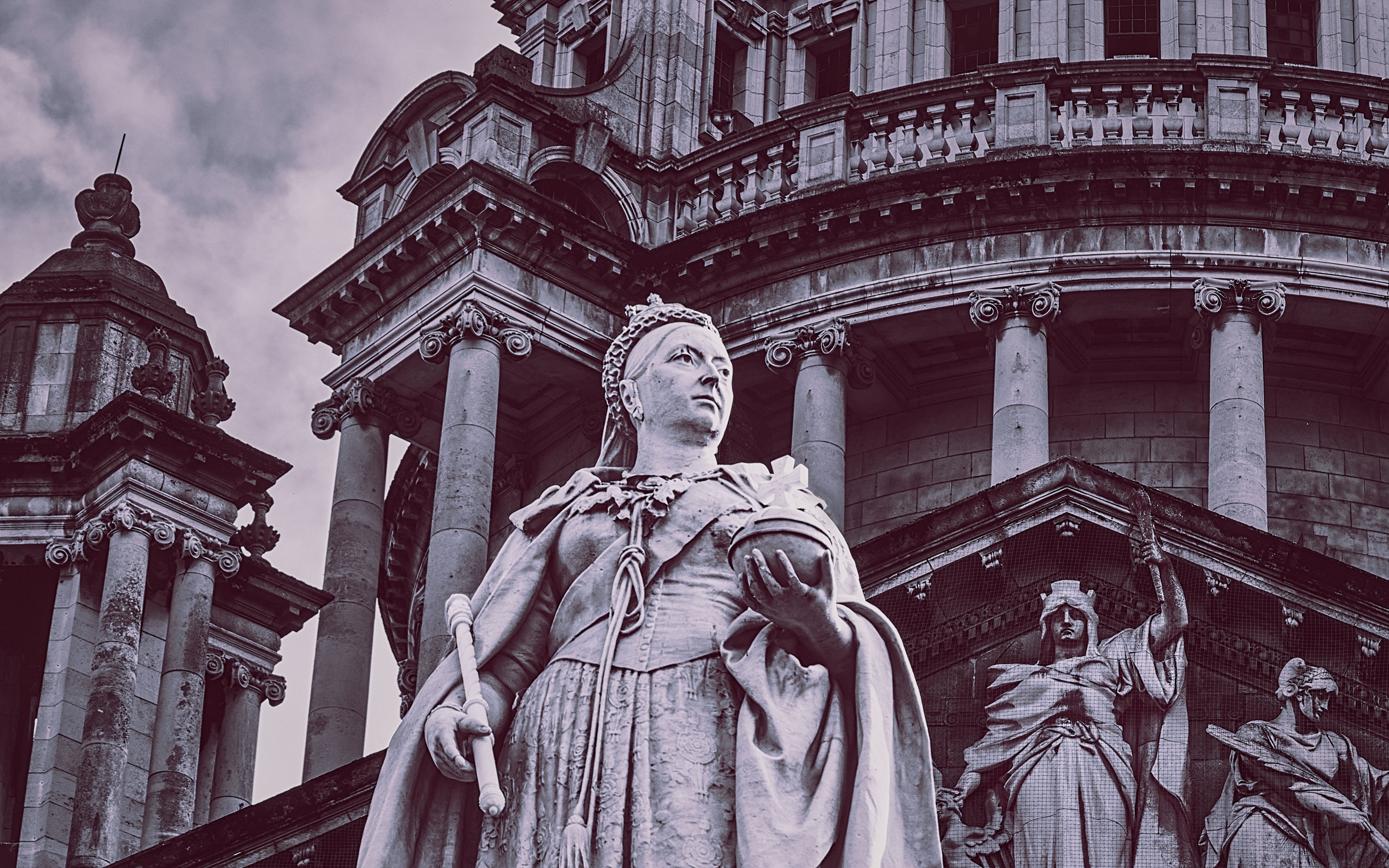 Incidences of excessive or abnormal bleeding were first recorded hundreds of years ago. The Talmud, a collection of Jewish rabbinical writings on laws and traditions, from the 2nd century AD, stated that baby boys did not have to be circumcised if two of their brothers had previously died from the procedure. The New Testament of the Bible mentioned a woman who had hemorrhaged for 12 years, before touching the hem of Jesus’ garment, when she was healed. Abulcasis, or Abu Khasim, a 10th century Arabian physician, described families whose male relatives died from uncontrolled bleeding after trauma.

In 1803, John Conrad Otto, a Philadelphia physician, was the first to publish an article recognizing that a hemorrhagic bleeding disorder primarily affected men, and ran in certain families. He traced the disease back to a female ancestor living in Plymouth, New Hampshire, in 1720. Otto called the males “bleeders.” In 1813, John Hay published a paper in the New England Journal of Medicine proposing that affected men could pass the trait for a bleeding disorder to their unaffected daughters. Then in 1828, Friedrich Hopff, a student at the University of Zurich, and his professor Dr. Schonlein, are credited with coining the term “haemorrhaphilia” for the condition, later shorted to “haemophilia.”

In 1926 Finnish physician Erik von Willebrand published a paper describing what he called “pseudohemophilia,” a bleeding disorder affecting men and women equally. It was later named von Willebrand disease. In 1957 Inga Marie Nilsson and researchers at the Malmo University Hospital in Sweden determined that VWD was caused by low levels or deficient von Willebrand factor.

In 1947, Dr. Alfredo Pavlovsky, a doctor in Buenos Aires, Argentina, distinguished two types of hemophilia in his lab—A and B.

Hemophilia is sometimes referred to as “the royal disease,” because it affected the royal families of England, Germany, Russia and Spain in the 19th and 20th centuries. Queen Victoria of England, who ruled from 1837-1901, is believed to have been the carrier of hemophilia B, or factor IX deficiency. She passed the trait on to three of her nine children. Her son Leopold died of a hemorrhage after a fall when he was 30. Her daughters Alice and Beatrice passed it on to several of their children. Alice’s daughter Alix married Tsar Nicholas of Russia, whose son Alexei had hemophilia. Their family’s entanglement with Rasputin, the Russian mystic, and their deaths during the Bolshevik Revolution have been chronicled in several books and films. Hemophilia was carried through various royal family members for three generations after Victoria, then disappeared.

In the early 1900s, there was no way to store blood. People with hemophilia who needed a transfusion typically received fresh whole blood from a family member. Life expectancy was 13 years old.

In 1901, the US Surgeon General’s Catalogue listed lime, inhaled oxygen and the use of thyroid gland or bone marrow, or hydrogen peroxide or gelatin, as treatments for hemophilia. By the 1930s, it was discovered that diluting certain snake venoms caused blood to clot. These treatment  were used in patients with hemophilia.

By 1926, the US Surgeon General’s Catalogue contained an entire section on the use of blood transfusions to replace missing clotting factors. Physicians discovered that patients responded readily to infusions of plasma when given promptly after they sustained spontaneous joint and muscle bleeding.

In 1937 Harvard physicians Arthur Patek and FHL Taylor published a paper describing anti-hemophilia globulin found in plasma. It could decrease clotting time in patients with hemophilia.

By the late 1950s and early 1960s fresh frozen plasma was transfused in patients in the hospital. However, each bag of the plasma contained so little of the necessary clotting factor that huge volumes of it had to be administered. Many children experienced severe joint bleeds that were crippling. Intracranial hemorrhage could be fatal. By 1960, the life expectancy for a person with severe hemophilia was less than 20 years old.

A paper written by Robert Macfarlane, a British hematologist, in the journal Nature in 1964 described the clotting process in detail. The interaction of the different factors in blood clotting was termed the "coagulation cascade," now called the clotting cascade.

In 1965, Dr. Judith Graham Pool, a researcher at Stanford University, published a paper on cryoprecipitate. In a major breakthrough, she discovered that the precipitate left from thawing plasma was rich in factor VIII. Because cryoprecipitate contained a substantial amount of factor in a smaller volume, it could be infused to control serious bleeding. Blood banks could produce and store the component, making emergency surgery and elective procedures for patients with hemophilia patients much more manageable.

By the 1970s, freeze-dried powdered concentrates containing factor VIII and IX became available. Factor concentrates revolutionized hemophilia care because they could be stored at home, allowing patients to “self-infuse” factor products, alleviating trips to the hospital for treatment.

By the mid-1980s, it was confirmed that HIV/AIDS could be transmitted through the use of blood and blood products, such as those used to treat hemophilia. Approximately half of the people with hemophilia in the US eventually became infected with HIV through contaminated blood products; thousands died. The overwhelming impact of HIV on the bleeding disorders community was felt into the next few decades.

The hepatitis C virus (HCV) infection was also transmitted through contaminated factor products, pooled from the blood of hundreds of thousands of donors. Before testing for HCV began in 1992, an estimated 44% of all people with hemophilia had contracted it. With the advent of more sophisticated screening methods and purification techniques, the risk of contracting HCV through factor products is virtually nil.

Treatment for hemophilia and other bleeding disorders advanced in the 1990s. Factor products became safer as tighter screening methods were implemented and advanced methods of viral inactivation were used. In addition, synthetic (not derived from plasma) factor products were manufactured using recombinant technologies. In 1992, the first recombinant factor VIII product was approved by the Food and Drug Administration (FDA). In 1997, the first recombinant factor IX product was granted FDA approval. Additional synthetic drugs, such as desmopressin acetate (DDAVP), were also introduced to treat mild-to-moderate hemophilia A and von Willebrand disease.

By 1995, prophylaxis, a preventive treatment regimen performed 2-3 times weekly in children with hemophilia, became more common. Since the advent of prophylaxis, most children in the developed world live with  less pain, without the orthopedic damage associated with chronic bleeding. As a result, most children born with hemophilia in the US today can look forward to long, healthy and active lives.

However, some children develop inhibitors, or antibodies, to infused factor product. The development of a bypassing agent in 1997 offered these patients an alternative product to help stop bleeds and joint damage.

The early years of the 21st century have brought new recombinant products made without human or animal plasma derivatives, lowering the possibility risk for  allergic reactions to the products or inhibitors? New longer-lasting products promise to decrease regular  infusion rates from 2-3 times per week to once-weekly or even less.

In 2013, three separate gene therapy trials were begun at institutions across the country. They are testing the use of viruses as vector, or vehicles, to deliver factor IX genes into patients’ livers, correcting their hemophilia. Because the factor VIII gene is larger and more complicated to use, gene therapy clinical trials have not yet begun for patients with hemophilia A.

1958 - First use of prophylaxis for hemophilia A

1995 - Prophylaxis becomes standard of treatment in US

2013 - Gene therapy trials underway at three sites in the US